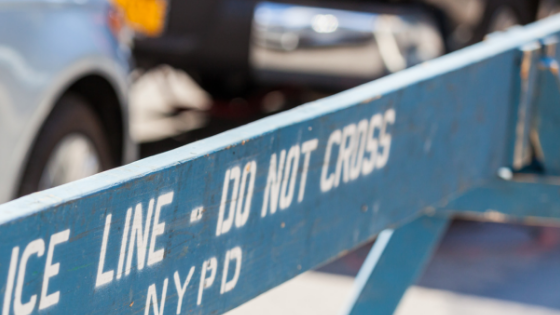 I won’t pretend to be a legal expert on sexual harassment. Frankly the answer to the question in the title is probably pretty clear in the eyes of the law, but again, I’m not a lawyer so maybe it’s not. Regardless, I’ve found myself in the middle of this conversation several times over the last few weeks; where men are asking, “where is the line between harassment and inappropriate behavior? And where’s the line between inappropriate and appropriate behavior?” The reality is that the line keeps moving. The expectations of behavior in the workplace have changed significantly and rapidly – and many people are having a hard time keeping up with what the new expectations are from their coworkers.

While there are certainly extremes to this issue, I think most people are caught in the crosshairs, somewhere in the middle. I won’t justify the actions of individuals who are guilty of sexual harassment and creating a workplace environment that is toxic, but I also won’t advocate for a workplace that is so overly focused on being politically correct that it becomes devoid of authenticity and real conversation. I think most people genuinely want to do the right thing and are most often well-intentioned in their actions. The issue? They just don’t know where the line is anymore.

While I won’t justify anyone’s actions, old habits do die hard. What was once acceptable behavior, just isn’t anymore. Imagine being 65 and on the edge of retirement – over the course of your more than 40 years in business you’ve always called women you work with “sugar”. It’s part of your vernacular. You do it without even thinking about it and there’s no evil intention underneath it; it’s not meant to make a woman feel inferior, it’s just a term of endearment to you. Imagine now, finding yourself in a workplace where calling a woman “sugar” is offensive – and not knowing it until one day you call the wrong woman “sugar” and you end up in HR with a harassment claim filed against you.

Men now find themselves questioning whether they shut the door in a meeting with a female or go to lunch alone with a female colleague or client. They’re left at a loss of what to do and terrified of crossing this ever-changing line between appropriate and inappropriate behavior. Meanwhile, women find themselves in the fight of their lives for gender equality in the workplace. Desperately they search for allies and long to be treated in the same way as their male colleagues – but its nearly impossible in a workplace where men are terrified to even engage. It’s actually become more challenging for everyone involved. The line keeps moving.

So now what do we do?

Guys: There are three things you can do to start:

Ladies: You’re not totally off the hook either. We have to take responsibility for creating the workplace we desire. Here’s a few things you can do to help: